10 Women in STEM You Should Know 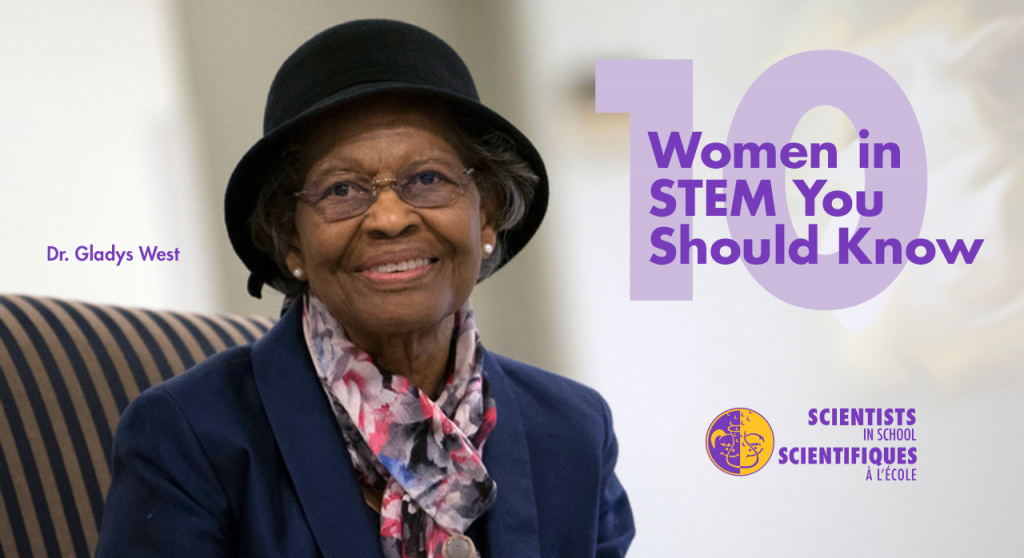 Women have made extraordinary contributions to science, technology, engineering and math (STEM). Yet, many have been forgotten and left out of history books. As a result, children often have a narrow idea of what a scientist looks like and feel that science is not for them. We can all be a part of the change to teach children that science is for everyone.

For International Day of Women and Girls in Science (Feb. 11), we put together this short list of women in STEM whose names you may not know yet, but whose work has certainly influenced our lives in many ways. If you know a young scientist, share this blog post with them and open their eyes to the possibilities of a career in STEM. We can all work together so that every young scientist has the confidence to say, “I can be a scientist!”

Alice Augusta Ball was a chemist who created the first successful treatment for people suffering with Hansen’s disease (also known as leprosy). Her treatment was used for more than two decades, helping patients suffering from the pain caused by the disease. Ball was the first woman and the first African-American to earn a Master’s degree in chemistry from the College of Hawaii. (Read more.)

Dr. Donna Strickland is a Canadian physicist. Alongside her longtime colleague Gérard Mourou, Dr. Strickland won the 2018 Nobel Prize in Physics for discovering how to create high-intensity laser pulses. The technique – which is called chirped pulse amplification or CPA – is now used in corrective eye surgery, industrial machining and medical imaging. (Read more.)

Dr. Ellen Ochoa is an American astronaut and the first Hispanic woman astronaut to go into space. In 1993, she was a mission specialist aboard the Discovery space shuttle. The space crew conducted a variety of experiments to study the Sun and how it interacts with Earth’s atmosphere. Dr. Ochoa has flown into space four times and has logged 1,000 hours in orbit! (Read more.)

Chances are you have used a GPS (Global Positioning System). Dr. Gladys West is the mathematician whose brilliance laid the groundwork for GPS as we know it today. In 1956, Dr. West became the second Black woman to ever work at the Naval Surface Warfare Center in Virginia. There, she leant her mathematical brilliance to the Seasat project. Through the 1970’s and 1980’s, Dr. West worked on satellite modelling of the globe and created a highly-accurate geodetic model of the Earth. Her model laid the foundation for the GPS satellite system we use today.

During her retirement, Dr. West completed her Ph.D. remotely through Virginia Tech in 2018. She is an inspiration to us all! (Read more.)

[Photo: By US Air Force]

Huda Idrees is the Founder and CEO of Dot Health, a real-time personal health data platform. With a background in engineering from the University of Toronto and a prolific career at some of Toronto’s best known start-ups including Wattpad, Wave, and Wealthsimple, her latest venture Dot Health is transforming the way people access and control their own health information for good. We had the pleasure of interviewing Idrees for our series, Spotlight with Scientists in School. Watch the interview on our YouTube channel!

In the 1950’s, NASA hired women to work as “human computers.” Back then, computers were not like what they are today, and complex mathematical equations were done by hand. Katherine Johnson was one of the amazing mathematicians whose work helped NASA astronauts land safely on the Moon. Johnson was later awarded the Congressional Gold medal for her significant contributions to space exploration. (Read more.)

Mary Golda Ross was a mathematician and engineer who made major contributions to the American space race. Ross was one of 40 engineers who worked at the aerospace company Lockheed, where she conducted top secret research, worked on defense systems and contributed to space exploration. Later in her career, Ross wrote about space travel to Mars and Venus in the NASA Planetary Flight Handbook. A member of the Cherokee Nation, Ross was the first known Native American aerospace engineer. (Read more.)

Dr. Mona Nemer is the Chief Science Advisor to Canada’s Prime Minister, Minister of Science and Cabinet. She is a leader in molecular cardiology who discovered several genes essential for normal heart development and function. Before earning her title as Chief Science Advisor, Dr. Nemer was Professor and Vice-President of Research at the University of Ottawa and Director of the school’s Molecular Genetics and Cardiac Regeneration Laboratory. Dr. Nemer also served as an Executive Committee Member of the COVID-19 Immunity Task Force and an ex-officio member of the COVID-19 Vaccine Task Force. (Read more.)

Dr. Sara Mazrouei is a planetary scientist, science communicator and educator. With a PhD in Planetary Geology, Dr. Mazrouei studies asteroids and how they impact the Moon. Dr. Mazrouei is a passionate advocate for women and people of colour in STEM. We were thrilled to collaborate with Dr. Mazrouei in our latest #DiscoverYourSTEMCareer video, where she teaches us all about her amazing career as a planetary scientist and gives us tips on how to become one! Watch the video on our YouTube channel.

Vinita Marwaha Madill is a British Space Operations Engineer, Science Communicator and Founder of Rocket Women, a global platform that empowers women through highlighting diverse trailblazing women in STEM. Madill was named one of the Top 100 influential women leaders in the U.K. and Europe in 2019 by the Financial Times. We were honoured to interview Madill for Spotlight with Scientists in School. Watch the interview on our YouTube channel!

Want to learn more about amazing women in STEM? We’ve interviewed plenty of incredible women for our Spotlight with Scientists in School series. We also featured several women in STEM for our fun and engaging #DiscoverYourSTEMCareer series. Check out the videos on our YouTube channel!