Our Night Sky: A Guide to Looking at the Stars!

Home » News » Our Night Sky: A Guide to Looking at the Stars!

Our night sky is mystifying and dotted with billions of shimmering stars that have graced our galaxy since the dawn of time. Stargazing is one of the oldest known past times. Look up on a clear night and you will quickly understand why the stars have inspired artists, poets, and storytellers. From Van Gogh’s painted masterpiece “A Starry Night”, to William Wordsworth’s poem, “The Stars are Mansions Built by Nature’s Hand”, the fascination with stars permeates every part of our culture.

Stars are not only inspiring, but they have served practical purposes—from guiding sailors home on dark nights to helping early nomads determine the best time to sow and harvest their crops. Those very same stars that have inspired writers and helped people adrift at sea, can be explored even today, right in your own backyard.

Let’s get kids excited about stellar science this spring.

All you have to do is look up!

Twinkle, Twinkle, Little Star, How I Wonder What You Are… 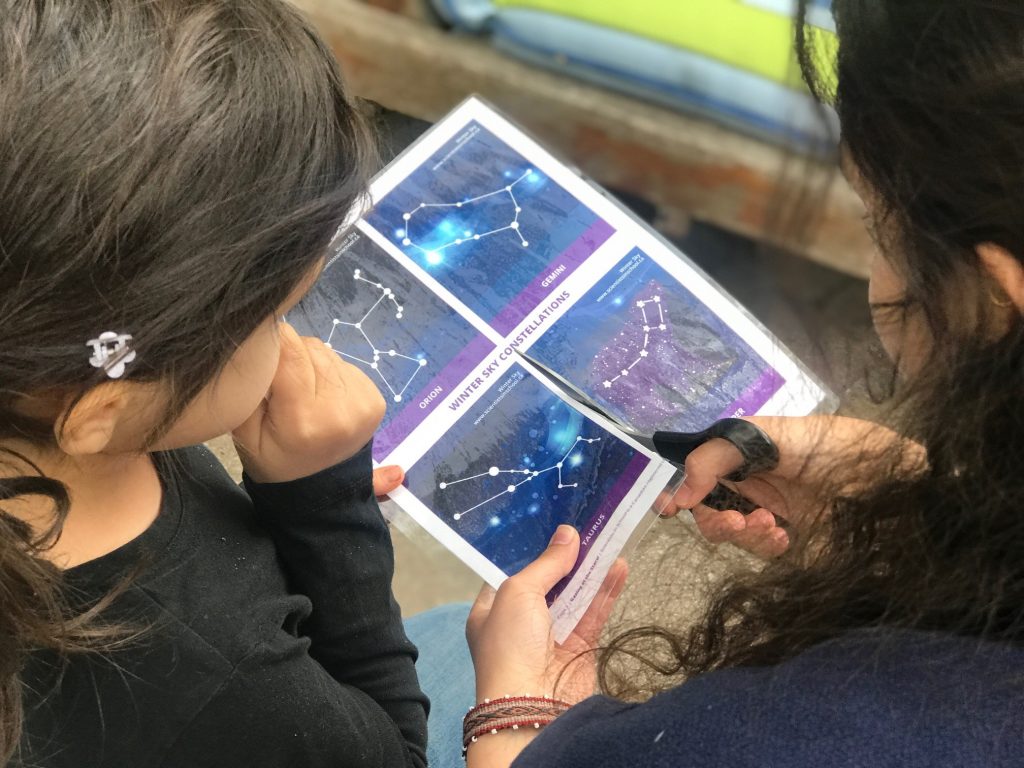 These little stars are anything but little. Their distance from Earth is so far that they only appear small to our naked eye. We would have to fly for 100,000 years to get to the closest star. Stars are huge hot balls of gas in space, constantly generating enormous amounts of energy that they give off as heat and light. Stars only appear to twinkle because we’re looking at them through our planet’s atmosphere. As light is emitted from stars it passes through our atmosphere and is bent and distorted by hot and cold layers of air currents. This bending and distorting causes a brief dimming and brightening making it appear as if they are twinkling.

The Sun is the closest star to Earth. It is a yellow star, and about 5000−6000°C. In terms of size, our Sun is a dwarf star, meaning it is just an average star in both temperature and size!

Our Sun is not the brightest star…Siriusly?

Our sun is not the smallest, biggest or even hottest star. In fact, it isn’t even the brightest. Sirius, also called Alpha Canis Majoris or Dog Star, found in the constellation Canis Major, holds the title of the brightest star in our night sky. Its name is derived from the Greek word meaning ‘glowing’ or ‘scorching’. Sirius isn’t the biggest star but appears as the brightest based on its proximity to Earth.

Our early ancestors looked up at the sky and connected the stars into familiar shapes or patterns. They saw bears, bulls, and scorpions. These patterns formed constellations which were then given names and woven into stories to explain stellar phenomena in the sky. Such star lore was practiced in many different civilizations: Sumerian, Babylonian, Greek, Roman, Indigenous, to name only a few.

The ancient Greeks noticed a pattern of stars in the winter sky that resembled a mighty hunter. They named this group of stars Orion. In the summer, however, they noticed another pattern of bright stars that resembled a Scorpion. The ancient Greeks also observed that Orion and the Scorpion never appeared in the same night sky. To explain this phenomenon, stories unfolded. Greek mythology tells the story of Orion the mighty hunter who was stung by a scorpion. Orion died from the scorpion’s sting and was placed among the stars by the gods. The Scorpion was also destroyed by the gods and was placed in the sky. In order to prevent Orion and the Scorpion from fighting, they were placed at opposite ends of the sky so they would never see each other. To the Greeks, this story explained why they saw different constellations with each season.

At the time, early civilizations did not know that the Earth orbits around our Sun. As our planet’s position changes along this great circular pathway throughout the year, different constellations become visible in the night sky as our view of the sky changes; the constellations shift gradually to the west so we see different star patterns with each season. This is why you will never see Orion and the Scorpion in the same night sky.

The Little Dipper, however, is a special constellation. Because of its position high above the earth’s North Pole, our view of it doesn’t change as we orbit the sun, so it can be seen all year round in the Northern Hemisphere.

One star also remains in the same spot—this is Polaris, or the North star, located directly above the north pole. Polaris marks which way is north, and because of its consistent position in the sky, sailors have used the North Star as a navigational tool for centuries.

Now that we know what stars are and that groups of stars form constellations, let’s start exploring the sky!

Print our Constellation Guide and head outdoors on a dark starry night to explore the patterns in the sky. Choose an evening that is cloudless and when the moon is not bright. The darker the sky, the more success you will have finding the constellations. If possible, avoid bright lights from street lamps and other sources (called night pollution). Binoculars or telescopes are also helpful. 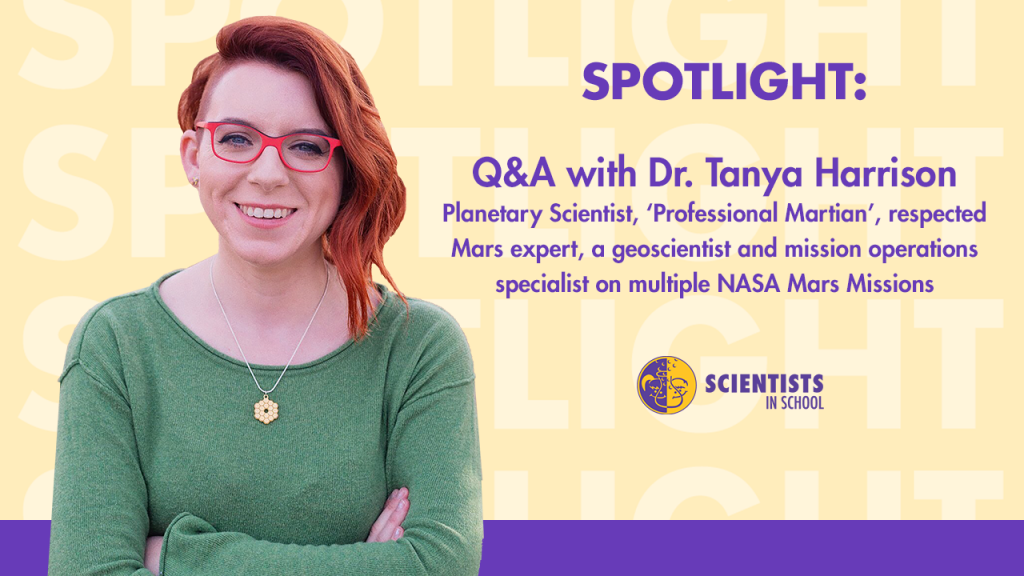 Planetary Scientist, Dr. Tanya Harrison, is a respected Mars expert whose specialty lies in geomorphology. On a recent interview on Spotlight with Scientists in School, Dr. Harrison said that you don’t need to work for NASA to get a sense of wonder for our stars, and planets. There are many opportunities for kids to get involved with planetary science right at home. Hear the full interview on our YouTube channel for a truly inspirational conversation about our cosmos.

Explore our video series, “Discover Your STEM Career”, and learn more about exciting careers that will get kids excited about planetary science!

With a little curiosity and some research, you can also explore fascinating stories that a variety of cultures share about the constellations seen in the sky. For example, Cree people describe a group of stars in the sky shaped like a fisher, a weasel-like animal, called Ochekatchakosuk. The story of the Fisher stars explains the passing of the seasons. Sharing stories across cultures is an exciting way to bring about a new generation of young astronomers. If you have a story about the constellations in our night sky from your culture that you would like to share, let us know!

“I have loved the stars too fondly to be fearful of the night.”